A living fossil down under

As February draws to a close and we embrace the start of spring we're taking a look at another of Westonbirt's living fossils, which came back from the dead on the other side of the world, the Wollemi pine (Wollemia nobilis).

Thought extinct for over 2 million years, this conifer caused a great sensation after its discovery in 1994. Wollemi pine was discovered unexpectedly in a warm temperate rainforest in a deep sheltered canyon in the Blue Mountains, only 200 kilometres from Sydney, Australia. 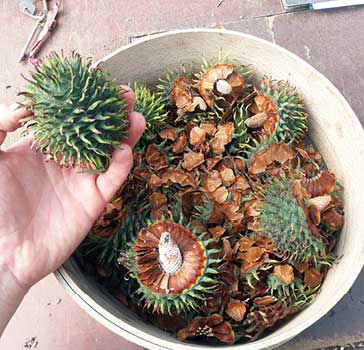 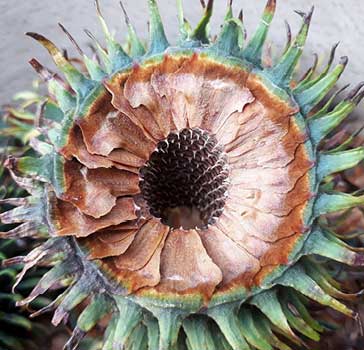 How was this species discovered?

The person who discovered this species was a Wildlife Ranger, David Noble, who, whilst exploring this remote and inaccessible area, came across strange-looking trees which he hadn’t seen before. He took samples back to civilization and it was soon obvious it was a new plant species - one that had only been seen as a fossil before! Some even call this tree the ‘Pinosaurus’.

It is the third most recent discovered conifer (after Ulleungdo hemlock - Tsuga ulleongensis in 2008 and Vietnamese cypress – Xanthocyparis vietnamensis in 2002). 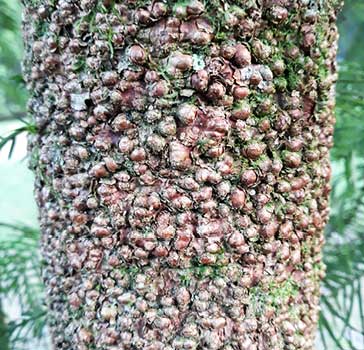 Does this name sound familiar?

You may have heard of this tree recently in the news as the Australian emergency services were able to save this small group of trees during the recent devastating bush fires.

Alternatively, guided walks of the Old Arboretum often take a route past one of the Wollemi pine specimens currently growing at Westonbirt as our volunteer guides share the story of discovery, travel and thievery with visitors.

How rare are Wollemi pines?

Only three populations have been found within close proximity to each other, comprising less than 100 adult trees. This makes Wollemi pine critically endangered in the wild. These populations are highly sensitive to pest and disease introduced from the outer world, including from the other side of the canyon as they haven’t been in exposed to them for a very long time. This is one of the reasons why the exact location is kept top secret and the admission is highly restricted.

Soon after the discovery, the Royal Botanic Garden Sydney launched an ex situ conservation program which also included propagating the trees for a famous Wollemia tree auction where bidders from all around the world (not from the USA due to their import restrictions) could bid on trees propagated directly from catalogued specimens in the canyons. Prices per tree reached thousands of Australian dollars and all the profit went to safeguarding the wild population and their research. Nowadays Wollemi pine is available for everyone and is being used in horticulture. 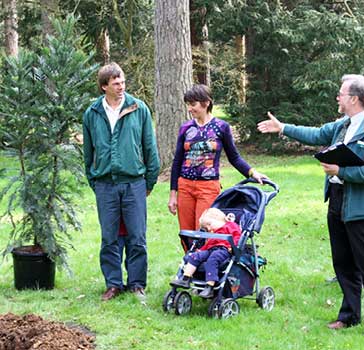 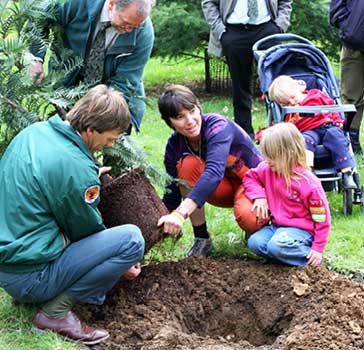 Botanical gardens across the world, including the UK, started planting Wollemi pine specimens in 2005/2006 to ensure the survival of this species in case anything should ever happen to the trees in the Blue Mountains. Unfortunately, one of the first ones to be planted in England was sadly stolen the night after the planting! Take a guided walk of the Old Arboretum on your next visit and ask our volunteer guides to tell you the story!

How tall do they grow?

The tallest tree, 'King Billy' is 40 metres tall so far, but we have no idea about their ultimate height on the British Isles. We grow 5 specimens of Wollemia pine at Westonbirt, with the oldest one planted in April 2006 by its discoverer David Noble himself, his wife and our very own, Hugh Angus (former Arboretum Curator). Our trees produce pollen cones but have not produced any female seed cones yet. I am expecting this to happen either next season or in the next few years. This will allow us to propagate this species by seeds. However, for now, it is quite easily propagated by cutting or layering too. 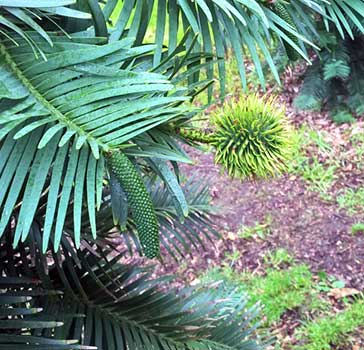 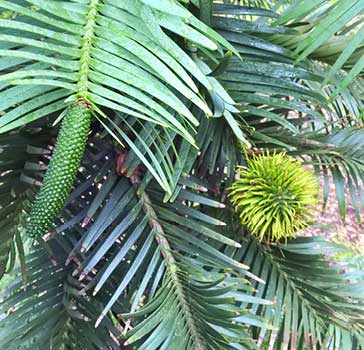 Where are these trees in Westonbirt Arboretum?

Join us next month as we explore the discovery of another living fossil; the dawn redwood. 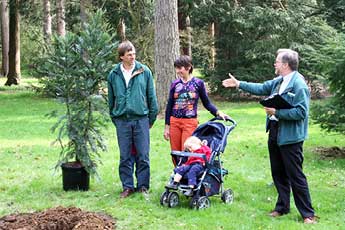