If you’ve visited Westonbirt over the past month, you’ll have noticed that our usual seasonal trail has taken on a personal twist…

To celebrate Forestry England’s centenary, earlier this year we asked you, our wonderful members, and other members of the public, to send in old photos and stories of you, your friends and family.

Now some of these stories have come together to make a very special summer trail, celebrating Westonbirt’s human history and all that this beautiful place has meant to the local community over the years.

Below you can see a three of our favourite stories from the trail:

My mother Norma Reeks and Godmother Joan Capon were evacuated with the Air Ministry to Westonbirt in 1941. They were secretaries and lodged locally. I was told as a child that there used to be planes parked underneath the trees. Information has been hard to find on their time there. We visited the Arboretum for the first time twenty years ago and have since been able to visit the school and its grounds and become Friends of the Arboretum. I often wonder as we walk around the old arboretum especially the view to the house from Holford Ride, how much it would have changed in the last 70 years. Amongst my mother’s collection are two postcards of the school along with pictures of her with family and locals.

After I lost my husband I began to volunteer at Westonbirt where I felt that my abilities were of use and were valued. It became a hugely important part of my life. During this time I met my friend Philip and we used to volunteer together. Sadly Philip became paralysed by a tumour in his spine, but he continued with great determination as a Guide using his power chair. He used to laugh with visitors that he, like the Holfords, used a carriage rather than walking through the Arboretum. As well as Guiding, Philip helped with our training sessions on Disability Awareness where he could speak from his own experience. He also joined in our many family visits when he enjoyed taking photos of our picnics.

On the 29th October 2016 I was visiting my boyfriend, Pieter, in Chippenham from my home in West Yorkshire. He had planned a day out, and wouldn't tell me where we were going, even going by country lanes to avoid obvious road signs. I was suspicious from the beginning - he had told me to bring boots a few days earlier which was unusual thinking ahead for him, and had brought me flowers in the morning. I was none the wiser having arrived, being a Northerner and not being familiar with Westonbirt but I was blown away by the scale and the amazing autumn colours on show. Pieter was blown away by how many other people had also come to enjoy the amazing trees. We wandered, and were silly and enjoyed climbing some trees, I took this picture from a great vantage point. Pieter was constantly trying to find a quiet spot and he eventually found one between Lime Avenue and Pool Avenue off the well-beaten Autumn trail track. He got down on one knee, produced a ring and asked me to marry him. I knew I would say yes when he asked so it wasn't a hard decision. We are now married and will always remember the lovely day we got engaged in such a beautiful place. 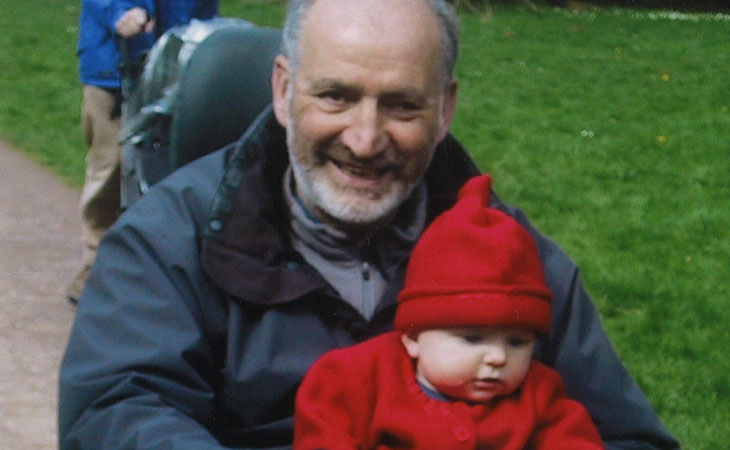 Discover more stories from the Arboretum over the years on your next visit to Westonbirt. There is still time for you to take part in the project! Send in your photos and memories and we’ll put them on our online ‘Photo-Synthesis’ Gallery! Find out more here...

The communities around Westonbirt are important to us, find out how we help and what you can do... 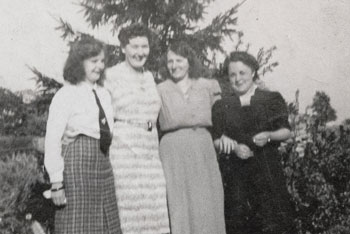