One of Westonbirt’s rarest trees

This year we will be taking you on a journey around the world at Westonbirt, exploring our collection and learning new things along the way.

Each month Michal, Westonbirt Arboretum’s dendrologist, will share his insights about one of the trees growing in Westonbirt’s collection. First up is a particularly rare specimen, Cathay silver fir. 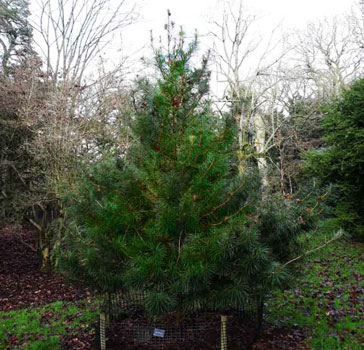 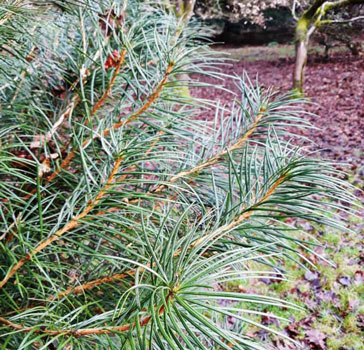 My choice for the tree of the month is my personal favourite (although I do have many of them) a Cathay silver fir, with the Latin name Cathaya argyrophylla meaning: Cathay (old name for China), and Greek argyr (silver) and phyla (leaf), due to the silvery-white colour of the underside of the needles. 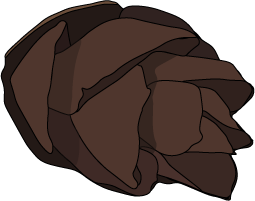 This is one of the rarest trees we currently grow at Westonbirt. It was discovered quite recently, around 1950s in southern China. It is one of the living fossils (similar to Wollemi pine - Wollemia nobilis or dawn redwood - Metasequoia glyptostroboides) due to its proven existence since approx. 100 million years ago. 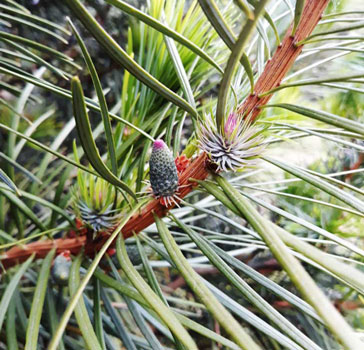 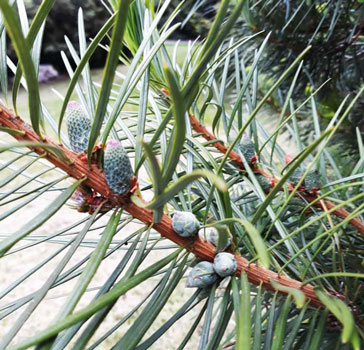 It is very rare in cultivation as China had forbidden its distribution outside of the country and even obstructed western scientists from visiting the few locations it can be found. The first seeds and plants are being grown outside of China since the 1990s when the embargo loosened, with plants now being found in the major botanic gardens and plant enthusiast collections. Because of this, there are no mature trees 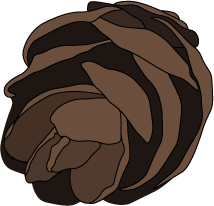 outside of China (trees up to 20 metres tall) and we don’t yet know what height the trees we will end up with in the UK. We presume it will be a smaller tree, around 10 metres, because of the different climatic conditions to its native habitat.

At Westonbirt, we have 3 specimens and one of them has produced female cones with viable seeds for the first time. At the beginning of January, our propagator Penny and I had the pleasure of picking the mature cones from the tree. Penny will grow the new generation of this rare tree for the future, aiding its conservation (there are around 4000 trees left in its native locations in China). 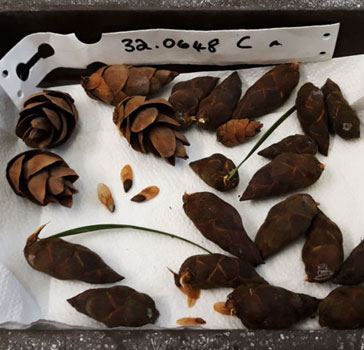 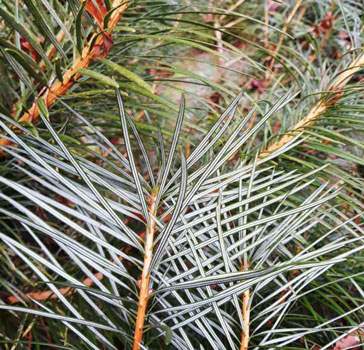 Where can you find this specimen at Westonbirt?

The Cathay silver fir was around 100 million years ago when the Cretaceous dinosaurs were reaching their peak in size, including the giant sauropod Argentinosaurus. At 35m tall, about two-thirds the height of Nelson’s Column, these dinosaurs would have towered over even a 20m tall Cathay silver fir, which is about three times as tall as a giraffe!

Next month we will be sharing a fascinating story of discovery, travel, and thievery with you as we explore the Wollemi pine.


Do you have a favourite tree at Westonbirt? You can now support the square where it grows! Find out more... 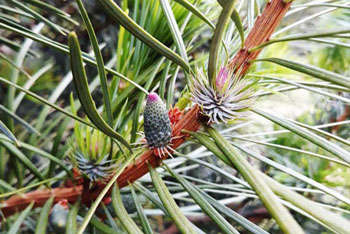