Out of the trunks of trees

The expression ‘up a gum tree’, suggests a project has come to a sticky end. I discovered this expression comes from Australia and refers to possums taking refuge up a Eucalyptus tree (gum tree) when they’re being hunted. Australia has many species of Eucalyptus including: white gum, E.alba; river red gum, E.candalensis; and Sydney blue gum, E.saligna. 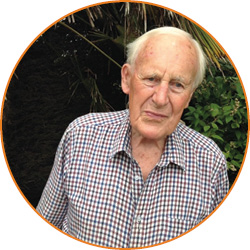 Not surprisingly, gum trees earn their name from the sticky substance that can be extracted from their bark, called kino. This was once used by aborigines for healing wounds and for curing toothache. Eucalyptus essential oils are derived from the leaves of the Eucalyptus trees.

Another tree that can exude a sticky substance from its trunk is the wild cherry. During the war I discovered that I could obtain this fresh glue from a couple of wild cherry trees (probably Prunus avium) at the boom of our garden. It seemed to work for paper and small wooden models, taking a few days to set.

A more widely used sticky substance is that from the Hevea brasliensis, beer known as the rubber tree. As the name suggests it is a native of Brazil but back in 1876 a British explorer, Henry Wickham, brought several thousand seeds back to Kew for germination. About 5 per cent were successfully propagated. These saplings were shipped to Ceylon, now Sri Lanka, and Malaysia

"The word rubber was initially derived from its ability to rub out pencil marks. However, its use became much more significant in the development of cart and car tyres."

The sticky substance from these trees is latex. It's found between the thin bark and the cambium, so is not strictly the sap which runs inside the cambium layer. The latex is drawn off by tappers who cut a thin, shallow slice off the outer bark and collect the white liquid daily. This latex is then vulcanised to form rubber. 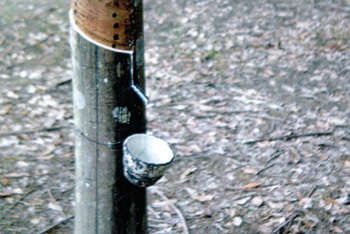 The word rubber was initially derived from its ability to rub out pencil marks. However, its use became much more significant in the development of cart and car tyres, firstly as a solid rubber tyre and then from the late 1880s as a pneumatic tyre (Dunlop). When Malaya was overrun by Japan during the Second World War, there was a serious shortage of rubber. Tyres were used until they were worn down to smooth rubber, re-treaded and used again, punctures were common so people soon learnt how to repair the inner tube!

Another substance, which comes from the bark of a tree and was once very valuable is Cinnamon. Cinnamon zeylanicum trees, grown mainly in Sri Lanka, are pollarded and the twigs are cut, outer bark is removed and the wet, sticky inner bark is dried before rolling into the quills sold in supermarkets.

Not a sticky substance, but worth a mention, is cork. This is the outer bark of Quercus suber, Cork Oak, which grows particularly well in Portugal. The outer bark, about 25mm thick, is cut off every 10 years or so and rolled into sheets for making into bottlle corks, flooring and insulation materials. 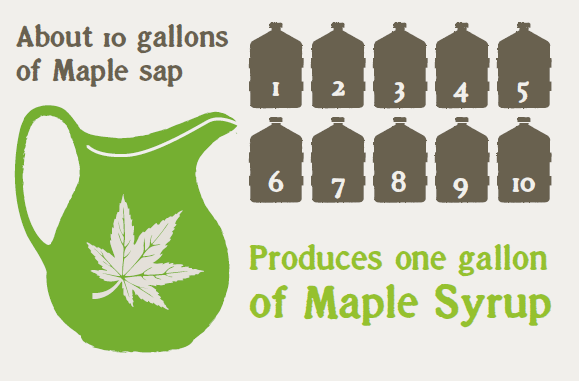 Let us not forget the Sugar Maple, Acer saccharum, the national tree of Canada. The production of Maple Syrup is relatively simple. The trees are drilled, a small tube inserted, tapped, and the watery sap collected. This is boiled off and filtered to provide Maple Syrup. About 10 gallons of sap produces one gallon of syrup. It sounds easy but a lot of trees are required and a lot of boiling!

Thank you Roger for such a fascinating article!

If you would like to contribute an article to the magazine, we’d love to hear from you. Simply email us or send your article to us. 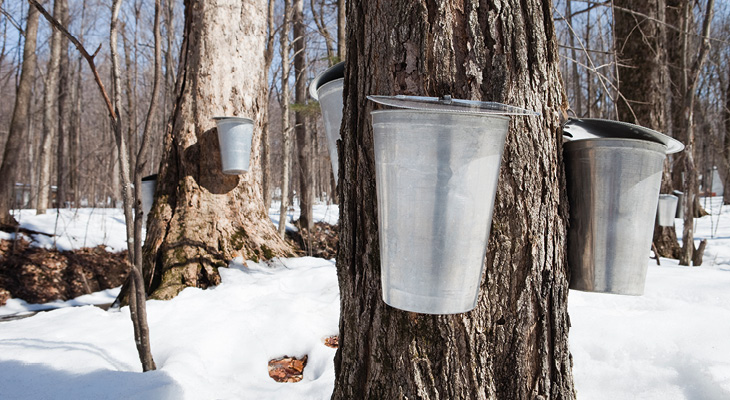