After an action packed 9 days in Calabria and Basilicata we have made a total of 45 collections from our target and associated species list.

The pickings have been slightly mixed, with only herbarium material available in some cases, but our detailed collection records make all of this worthwhile.

Personal highlights for me so far include collecting seed of Oriental plane along a riverbed which was growing with alder and black poplar, among many other species. The fruits of the Oriental plane can be irritant so we had to handle them with care!

We have also been on the quest for Acer lobelii (Lobel's maple), a somewhat little known maple endemic to southern Italy. So far, we have found it growing in two locations but, alas, no trees with seed. We do however have other areas in which it grows to explore.

We've sent the first batch of seed to the UK already and we are now off to begin our collecting at Pollino National Park, where we hope to have good fortune with a number of maples, limes, oaks and pines. 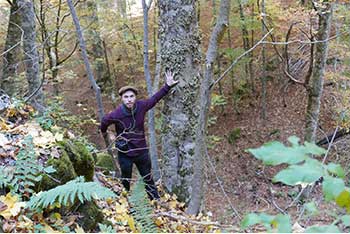