Teaming up to Protect Trees for Future Generations

...but ensuring that these magnificent plants continue for future generations to enjoy is a mammoth task that takes decades of planning and care, especially in a world where the impacts of climate change, pests and diseases and other dangers threaten their very survival!

At least one in five of the world’s tree species are threatened with extinction. As the National Arboretum, we play a vital role in protecting and conserving these trees; and we have recently partnered with Botanic Gardens Conservation International (BGCI) on an exciting new initiative to conserve targeted groups of the world’s most threatened tree species.

BGCI is a membership organisation (including Westonbirt) that represents botanic gardens in more than 100 countries. The world’s largest plant conservation network, BGCI supports and empowers its members and the wider conservation community so that knowledge and expertise can be shared and used to help reverse the threat of extinction facing plants.

As part of the successful Global Trees Campaign, BGCI is establishing a suite of Global Conservation Consortia (GCC) with specialist knowledge of particular genera that are technically challenging to conserve and manage. Together these consortia will work to conserve some of the world’s most threatened plant groups. As of September 2020, five GCC have been initiated:

And for the next 18 months, Westonbirt will be hosting GCC Manager, Dan Crowley who will be coordinating the initiative; some of you may remember him as Westonbirt’s former Dendrologist!

Keep an eye on the blog as for more information on the project. 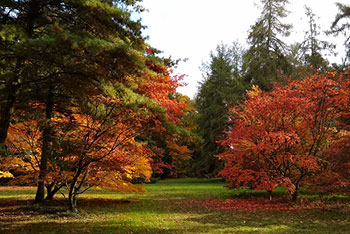