The wonders of seed collecting!

So for most of the past week we have been travelling through the wilds of Missouri in search of Carya seed.

Under the guidance of George Yatskievych and colleagues from Missouri Botanic Garden, we have been able to collect a number of our target species, including C. tomentosa and C. glabra. We have also been able to make further collections of species collected earlier in the trip. It will be most interesting to see how those collected in different regions perform back home at Westonbirt!

Along with the Carya species we have also managed to collect from some interesting species that grow in association with them. These include Aralia spinosa, Nyssa sylvatica and Diospyros virginiana – all species that will contribute to the wonderful Westonbirt landscape.

We continue to have to work hard for seed, however, and whilst we have arrived in many areas at a good time for the ripeness of the Carya seed, we are always racing the squirrels to be first to them!

As well as this, so far we are finding that we are either too early or too late for collecting seed of some of the other species we are coming across. Taxodium distichum, the swamp cypress, is one such example. As the common name suggests, it grows in swamps and we have been privileged to see it doing its thing in south east Missouri, where it can be found growing with Carya aquatica and a number of other interesting plants. To see this in its native range was truly special and while it was somewhat fustrating to find that the seed was well under ripe, this did not stop us from simply marvelling at these trees. Awesome. 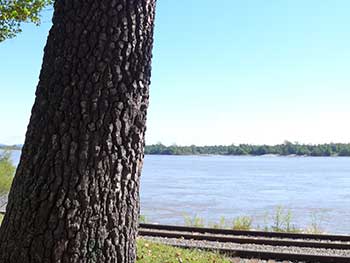 After a speculative yet productive quick stop in Tennessee, we have now reached North Carolina, where we shall head to high elevations for a few other species of particular interest, before heading south to continue in our quest for Carya. We hope to collect southern variants of some that we already have in the bag, as well as others that have so far eluded us. Then there is the rarest of the North American representatives of the genus, Carya myristiciformis. 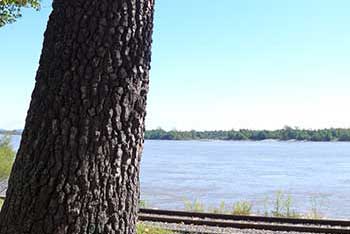