Over the coming months, you'll see that we're taking steps to protect some of our valuable parkland trees on the Downs, in particular old veterans, but younger trees planted for the future as well.

The aim is to stop encroachment onto root protection areas around individual trees and closely planted groups of trees. The metal estate fencing will match that already erected elsewhere at Westonbirt in recent times and will be in keeping with the fencing used across the wider Westonbirt estate. This is something that not only groups such as the Ancient Tree Forum are very happy to see happen, but I’m sure that the Holfords would approve too, as in the past they used similar fencing to keep cattle at bay.

See the before and after photos below, which show just what a dramatic difference this will make to the protection of individual trees. 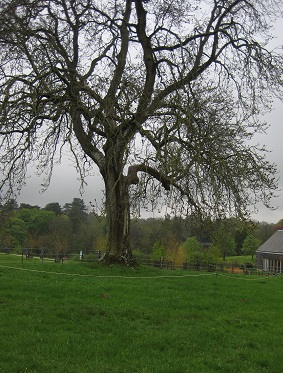 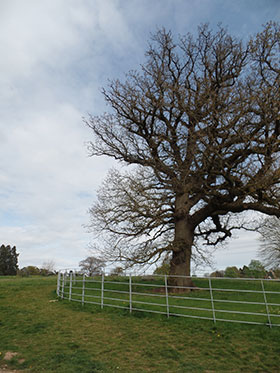 ‘Recently at Westonbirt an ageing oak has been fenced in the age old traditional way with Railings with the prime reason to protect this important oak... Iron railings around trees, roundels and boundaries were a feature of most of the UK’s historic parks and gardens but were removed during World War Two to provide iron for the War effort… We in the Ancient Tree Forum and no doubt other organisations concerned with the conservation and protection of our Nations trees and Historic Landscapes fully endorse and support efforts by FC…it is an example to others’

We'll be fencing the trees in small groups and will carry out the work in phases over the coming months. 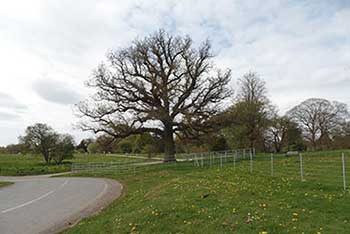