Collections for the arboretum

In the final week of our seed collecting expedition we collected under the expert guidance of Ron Lance, who has led us to places where our target species are.

The week began with ventures to parts of the Appalachians, at far higher elevations than we had previously visited. We were on the look out for seed of different Acer species, though this year has proved particularly poor in terms of seed production, though we were able to make a collection of the only snake bark maple native to the U.S, Acer pensylvanicum. We also collected seed of Nyssa sylvatica - another autumnal gem to add to the collection at Westonbirt!

We then travelled further south and back to low elevations for Carya myristiciformis, which as I mentioned previously is the rarest of the North American Carya hickories. We were taken to the only population in Georgia, where we sampled a population of mature trees - far far larger than the two specimens growing along Broad Drive, though much older it must be said. A real pleasure to see and to collect from!! 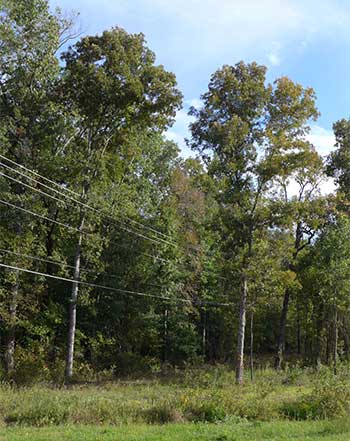 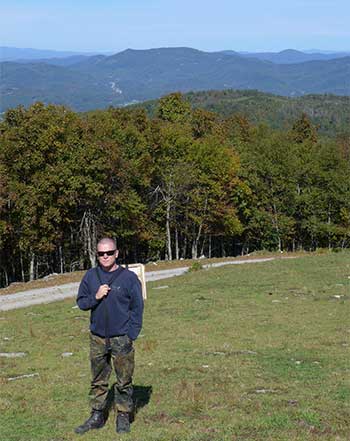 This left us with one final Carya to collect - the water hickory, C. aquatica and after exploring a number of areas, it appeared that this one may elude us. But after a tip off as to where we might find it, we received permission to collect and headed to 'Little Hell' in South Carolina. The extra miles paid off and very soon after parking up, we came across our tree on the banks of the Savannah River - Amazing!! Whilst it wasn't the biggest in the area, it had plenty of good seed on and we took full advantage. 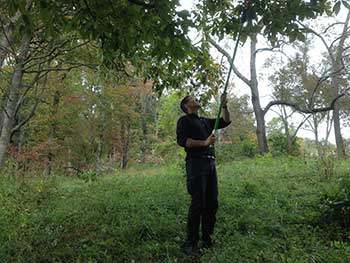 This was a great climax to our collecting and what was more, the surrounding area was replete with some of the most amazing trees any of us had ever seen - monstrous Nyssa sylvatica and incredible Taxodium distichum with 'knees' up to our waists!! This was incredible to experience and further contributed to our admiration and appreciation of the trees of North America.

We have been privileged to see so many different habitats on our travels in the States, where many of our more known exotics come from. To see them doing their thing on their home turf has been incredible and being able to collect seed from some of them for our wonderful collections is truly special and we are all truly grateful for being afforded the opportunity to do so. 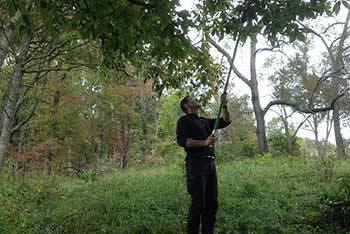