Getting into the swing of things and happy coincidences...

This March at Westonbirt Arboretum, renowned artist and sculptor Richard Harris will be creating a sculpture over 10 metres in height to celebrate one of Britain’s oldest trees – the arboretum’s 2000 Year Old Lime located here in Silk Wood. 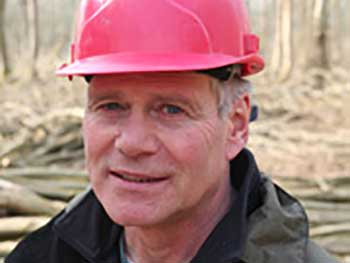 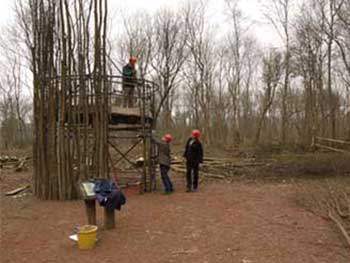 As with all new projects, it takes time 'to get your eye in'; and this is certainly true for the 2000 Year Old Lime sculpture. The sheer amount and tangle of stems is daunting; it is hard to know which piece is going to work where.

Much of the first three days has been about trial and error; seeing which wire twisting techniques work (and look) best, sorting the cut poles into useful piles and working out how to work most effectively as a team. 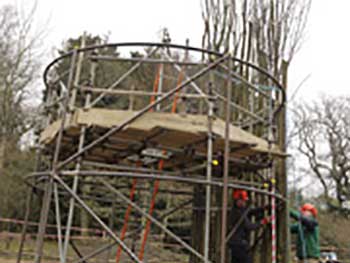 But Richard is optimistic about the steady progress; as he says 'we are beginning to see the wood from the stems'.

The first poles have gone up... and some have come back down.Watching Richard's careful and patient approach it is obvious that the work could be done more quickly; but that he is very keen not to rush.

Each piece is assessed to check it 'fits' into the vision of the sculpture he has in his mind. Once in position the wood is held in place temporarily and turned until he is happy that it works, before it is fixed in place with the wire.

Even then he is constantly considering whether it will need an added layer on top to create the effect he is after.

It's not unusual to see him at the top of the scaffold one moment and then standing back on the ground the next - just to make sure. Like a giant vertical jigsaw he is gradually creating order from the chaos of cut timber lying around.

In fact, speaking with Richard it is clear he rather likes this concept of bringing order; as he sees it as a reflection of the order the stems once had when they were part of the living tree.

It is not the only happy coincidence that has occurred.

During Richard and his team's work they have calculated that by the time they have finished the sculpture will contain around 2,000 growth rings (based on the rough calculation that they will be using around 120-150 individual stems, each with between 10 and 20 growth rings).

Even the approximation of rings seems to fit - reflecting the ambiguity of the real tree's actual age. 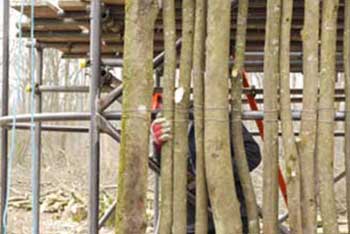