My time at Westonbirt

On Monday the 26th of March my work experience placement began. For four days I would be working with different teams and people, this would give me time to be relaxed and cool with everyone I would see.

On the first day, I was introduced with health and safety, as per usual places I should and should not go. After that there was a meeting I was to attend, and during that time I met people from different teams from Westonbirt. I was told to wear steel toe-cap boots; this made sense as I was going to be working in an arboretum. At Westonbirt I was given the chance to complete the John Muir Award, this included finding five new things in a hike of discovery.

My first activity of the day was with the tree team, they have a very important job of keeping nature at bay and to stop any accidents of branches falling, and down on ground, mowing the grass and putting down tree chippings. I was moved around in a mini 4X4 collecting mulch for under the trees. After collecting that I was given a rake to smooth down the edges of where there would be too much mulch.

On the second day I was in plant propagation where the small plants are planted and given food and water, also on that activity we went around the sections in the arboretum to find growths in branches when they were slightly cut with moss tied around them. After all that excitement I almost forgot that I couldn’t feel my fingers, I regretted to not bring gloves. My last activity of the day was to make pompoms for an Easter activity board.

On the third day was the highlight of the four days I spent at Westonbirt. I was with the little children, to be precise Year 2 – Year 6; I really enjoyed being in the outdoors with the class. I was also learning as well! It was an interesting experience, as I was finished with the children we walked back and they were very talkative, and I wasn’t complaining as it’s nice to talk to people I have never met before. My last activity of that day was to make small magnolias out of felt and colored pipe cleaners.

My last day in the morning I went out with the team that cleaned up the place generally and had odd jobs here and there like emptying the bins, then, something odd came up we found a dog that was lost so we had to go around and try to find the lost owner.

Overall I would definitely recommend coming here as a work experience student or even as a volunteer. Something else I found out was that everybody was so friendly with each other even the people that I haven’t met before still gave me a small hi or wave, and that lifted my mood and made me even that little bit more comfortable around the teams. 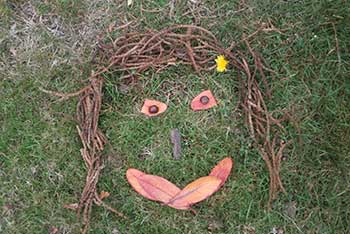