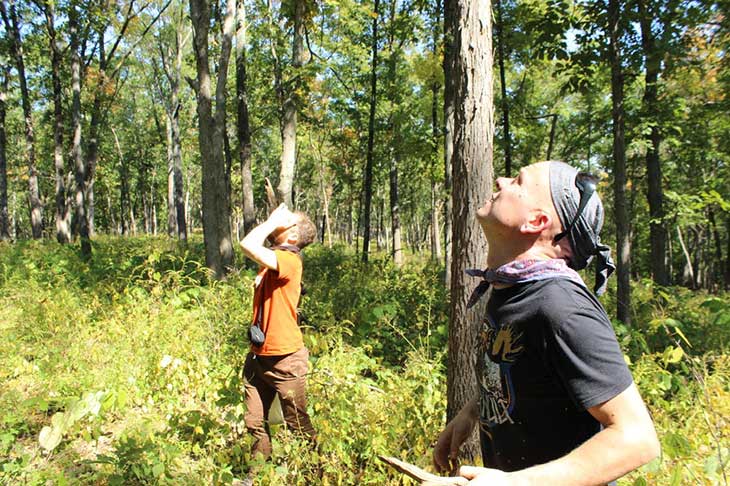 We spent the day in search of trees with seed, which we found to be few and far between. However, we did make collections from two species – Carya ovata and C. cordiformis. One collection of the former was particularly interesting, relative to what we had seen so far, with 7 leaflets per leaf, as well as 5, with hairyness and texture rather variable in different parts of the crown.

It was particularly interesting to observe the different habitat types as we moved from upland woodlands to floodplain and back again. The trees growing in the uplands were unsurprisingly not as large as those of the floodplain, with the species make up strikingly different. For example, Platanus occidentalis was entirely absent at 190m above sea level, but around 50-60 metres lower, they are huge!! 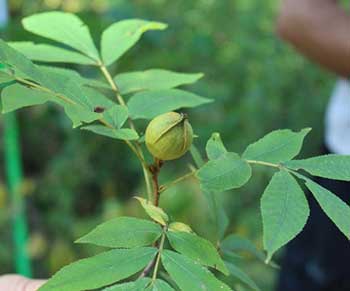 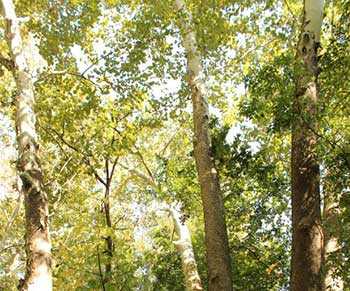 Today we met with George Yatskievych, author of the Flora of Missouri, who gave us some tip offs in areas which we will not be visiting later on, so we are off to spend some time there today, before heading further afield with George tomorrow. The quest continues…