Having returned from Vietnam a short while ago, I’ve had a little time to reflect on and recall some highlights of what was an amazing and most fascinating trip.

I was fortunate enough to be travelling with an incredibly knowledgeable, experienced team from the western world as well as premier botanists from the Institute of Biological Resources in Hanoi (IEBR).

Our field work was focussed on two areas. Our first excursion was a 4 day epic trek over the part of the massif known as Five Fingers. Our team (at this point), made up of Douglas Justice, Andy Hill (both University of British Columbia), Dan Hinkley (Heronswood, US), Nguyen Van Du, Bui Hong Quang, Master’s students Bing and Sung (All IEBR) and I were accompanied by a band of porters, without whom none of what we achieved would have been possible. Carrying the bulk of our gear, tents, food supplies and associated bits and pieces needed for the duration of our trek they’d set off behind us and end up a long way in front (though they weren’t stopping to collect and study plants along the way). By the time we hit the campsite at the end of each day, our tents were up, the kettle was hot and dinner was near enough ready. We felt slightly spoilt as our food was brought over to us, as we perched on our chosen rock or log. How they could make perfect rice over a fire, I’ll never know.

The amazing porters who carried our kit and cooked our meals

Our trip to Five Fingers had been much discussed as this area was something of an enigma, having been little explored by western botanists. We were believed to be the first to have tackled the particular trail we negotiated and it was replete with floral treats at every turn.

Top of the agenda for Douglas and I were maple species and the first we came across was Acer sterculiaceum subsp. sterculiaceum. Part of a complex group, this taxon was not known from Vietnam and our find represents a significant extension of its known range. We studied plenty of other maples along the way, many in flower, including examples of Acer laevigatum, A. campbellii and A. sikkimense. Our observations will help us to make valuable contributions to the knowledge of these plants. 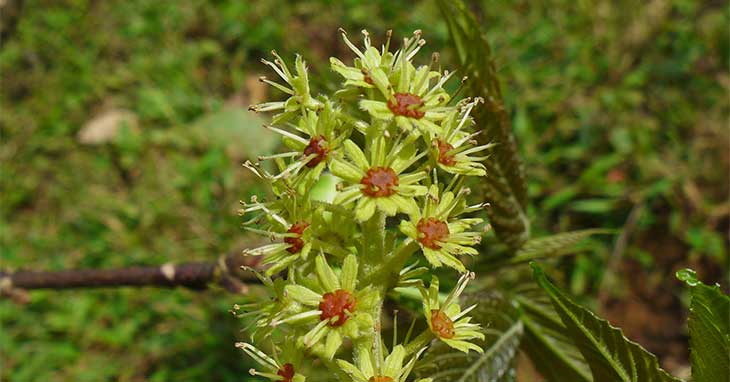 A non-maple highlight on Five Fingers for me was seeing Rhoiptelea chiliantha. Allied to the walnuts, only one plant is known in cultivation and that is here at Westonbirt, though not doing particularly well. So you can imagine my delight to see that it was in seed!! Though were a little early for it to be ripe and reports that it is difficult to germinate, I stand by what I said at the time: "If anyone can, Penny can’. No pressure, Penny!

The four days somewhat blurred into one with near endless ups and downs on sometimes challenging terrain. Coming off the mountain on the fourth day brought about a feeling of huge satisfaction with the plants we had seen and the ground we had covered. We had also had tremendous fortune with the weather, with it raining only once on the first evening.

Following as successful first leg of the expedition, we returned happily to civilisation for a well earned shower! 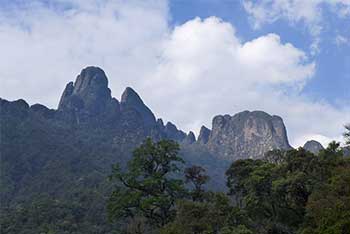