Over the last few months, Westonbirt Woodworks has been a hubbub of activity as we have transformed the site into a centre for showcasing timber at Westonbirt Arboretum – a key part of the story in the lifecycle of our trees. 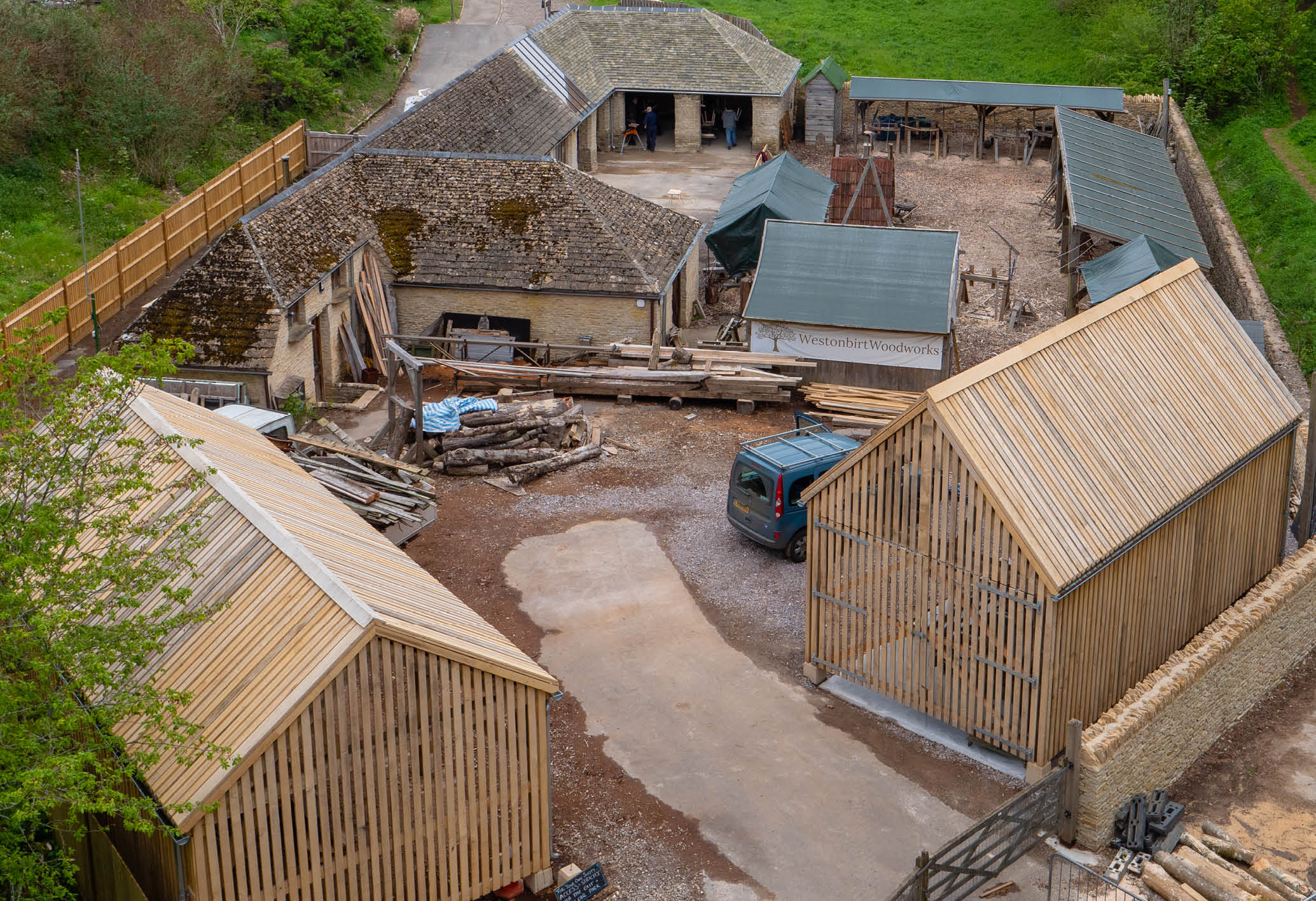 Forming an important part of the arboretum’s landscape and the original Holford Estate, it was essential that work was undertaken to secure the future of these structures. Thanks to the support of the Friends of Westonbirt Arboretum, many generous individuals and trusts and grants, this project has been made possible.

In recent years, the site itself has been used for a variety of ventures, including a Plant Centre before it became home to the contractors’ for the construction of the STIHL Treetop Walkway. Early in 2018, Paul Hayden began to run his hugely successful Windsor Chair Making course from the site, ahead of taking on the lease and seeing the potential of the buildings for his business – Westonbirt Woodworks. 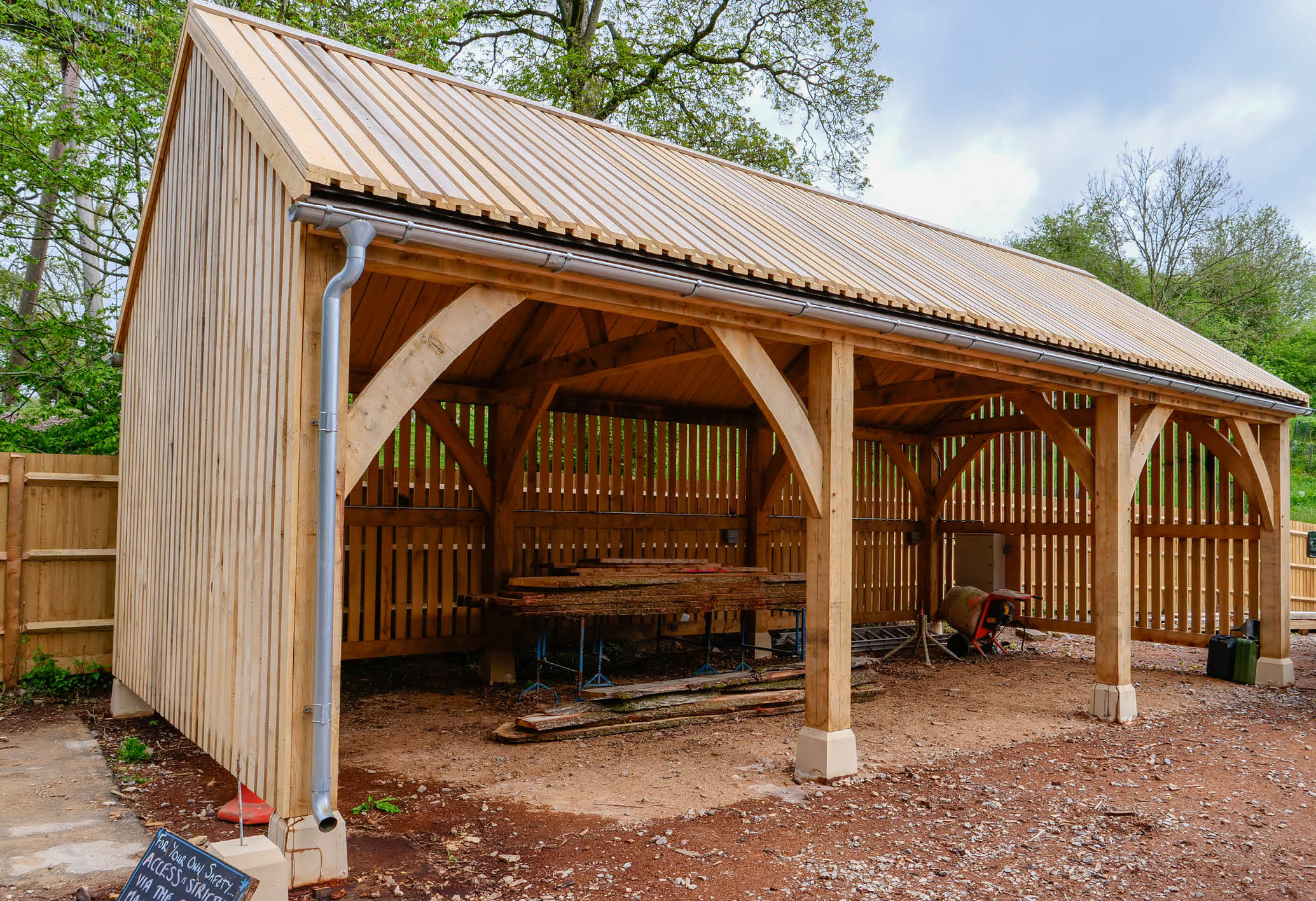 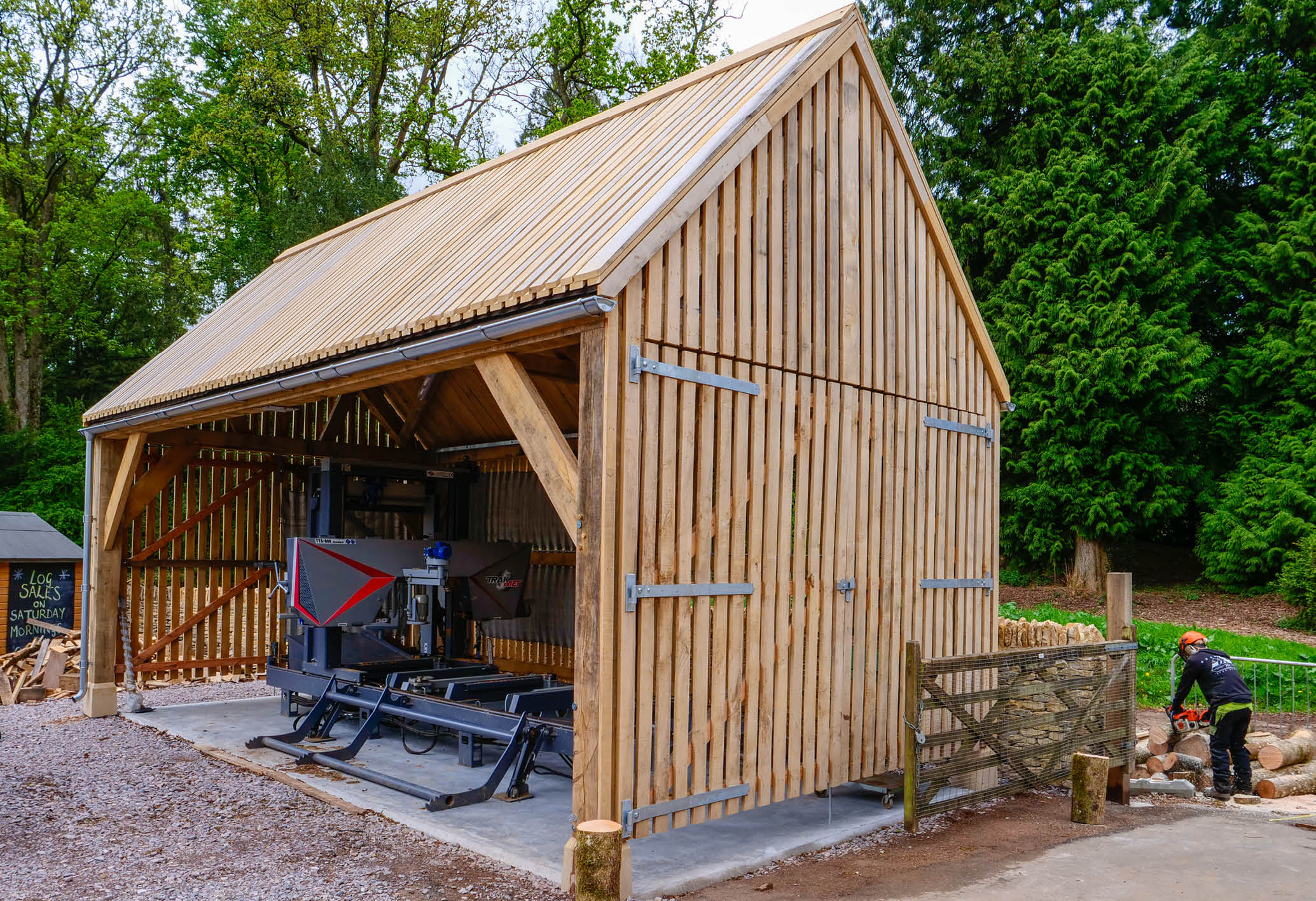 Construction work began in Autumn 2018 as we lay the foundations for the Saw Mill Shelter and Drying Store. Both of these buildings were then constructed using oak from the arboretum by Perchard Structural Timberworks. Forestry England and Friends of Westonbirt Arboretum staff were also able to get involved with many spending a session assisting in the cladding of the building. For the Drying Store build, PST also worked with three trainee timber framers to complete the works. Where possible, we have also used local materials, including staddle stones (the pieces of stone the building sits on) which were cast in Nailsworth and the ironmongery which was made at the local forge.

In February 2019, work then commenced on the existing 19th century cattle barn to create the new Demonstration Area. Works to this area were extensive given the need to repair the existing walls and reinstate the roof which had been missing for some years. 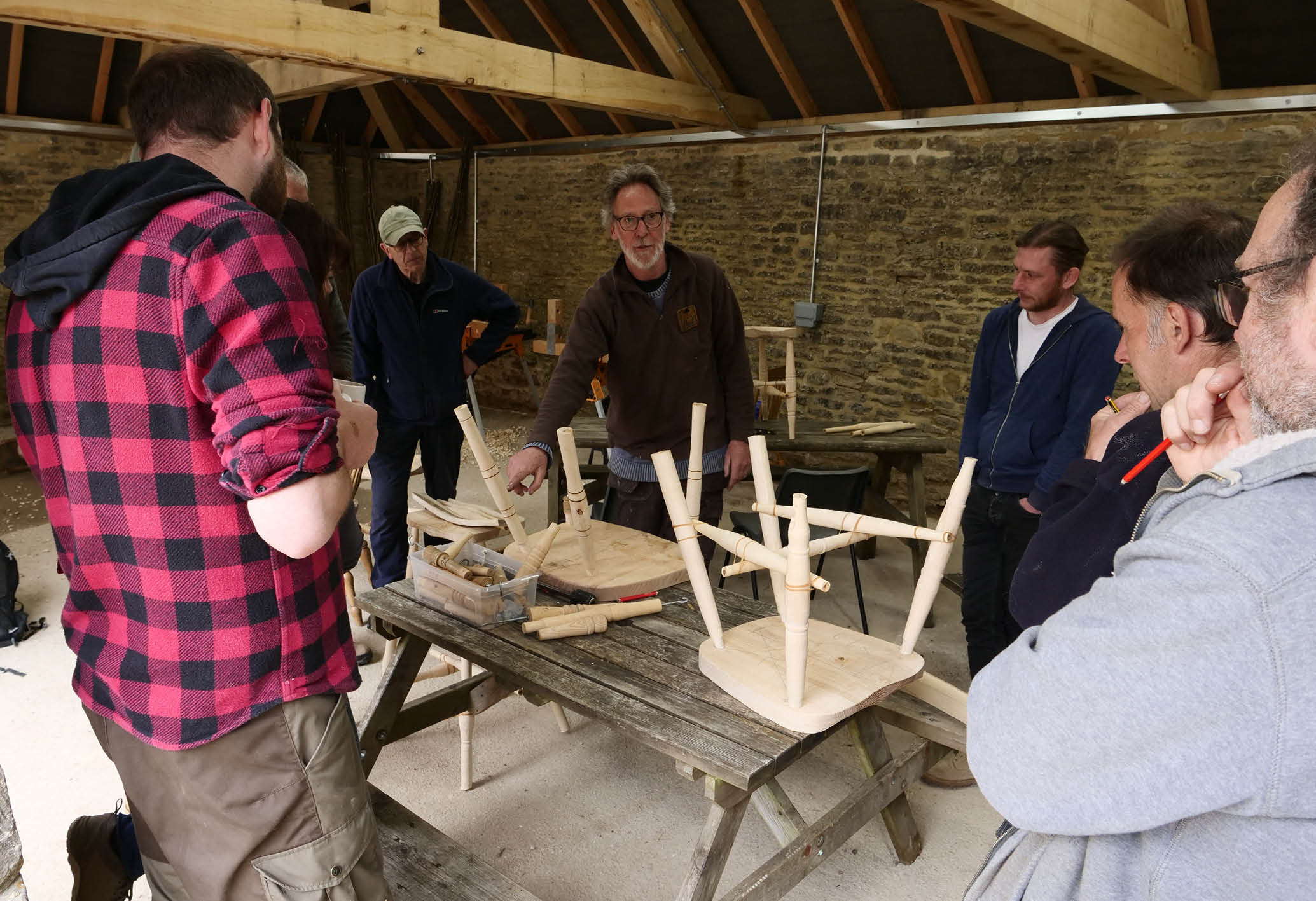 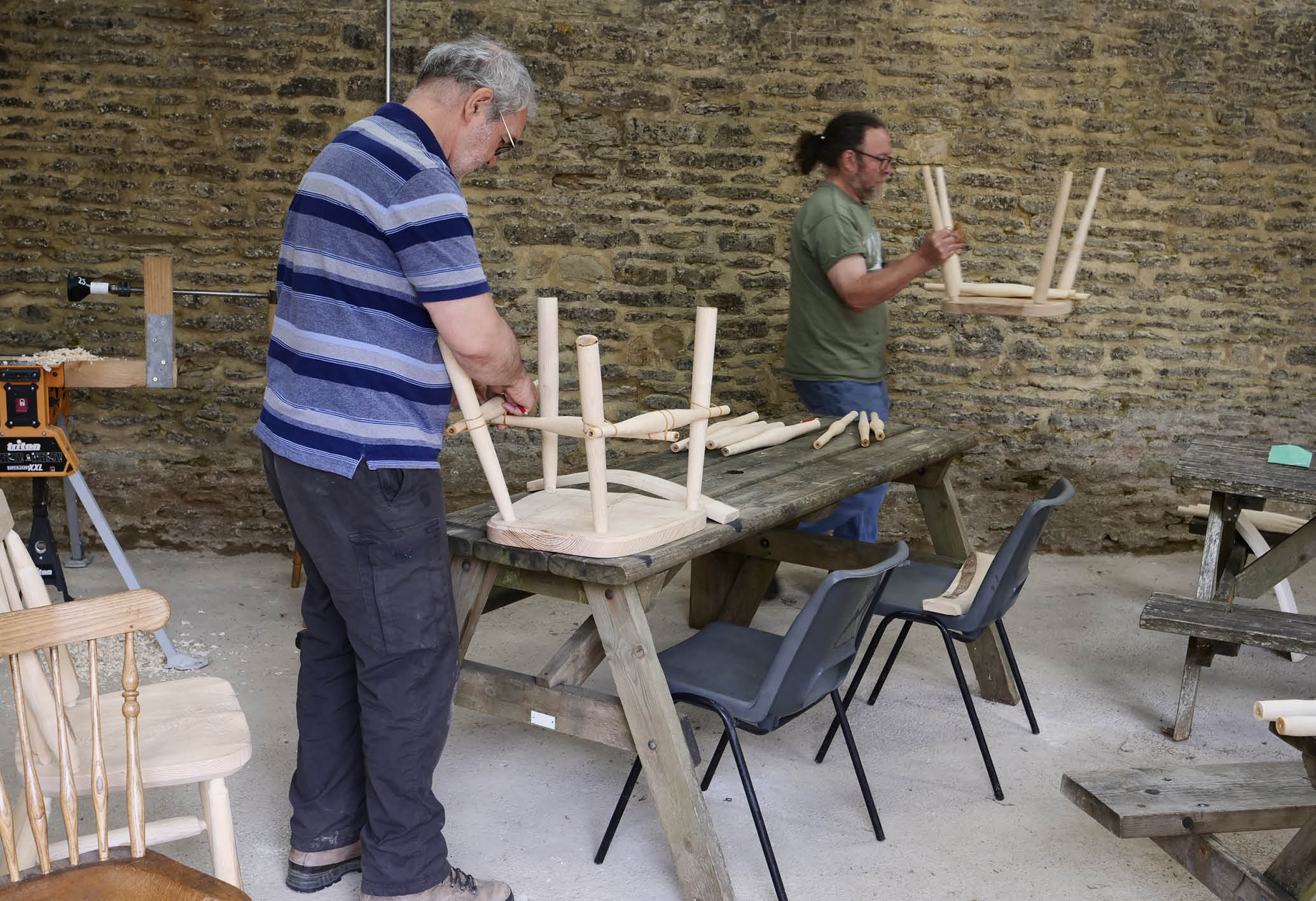 As part of our programme, all of the walls needed repointing with some piers (columns) of stone needing to be rebuilt to ensure structural stability. All repairs were made using lime mortar, a traditional heritage technique to ensure all works were in keeping with the original building. Much of the re-pointing works were undertaken by our volunteers, who had a masterclass with our experienced mason before getting stuck into the repair works. 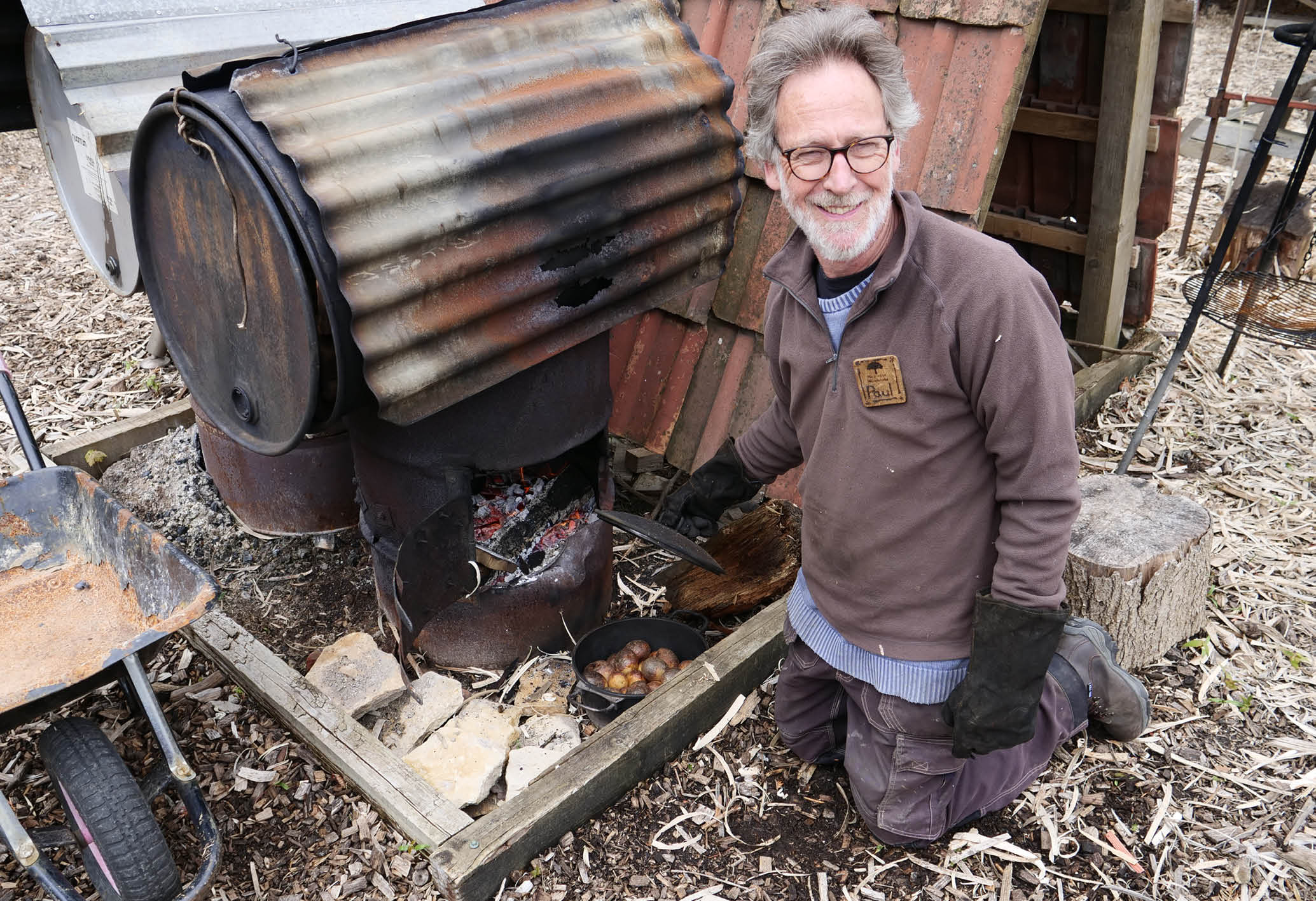 The space was then completed with glass panels forming a window in the roof and additional power and lighting fitted to ensure the new space could be as flexible as possible.

The space now known as the Demonstration Area will become a fitting venue for a range of activities organised by Westonbirt Woodworks in addition to their chair making courses.

Now that works are complete, visitors can also visit the Westonbirt Woodworks Shop to purchase all manner of ‘woody items’. Find out more here... 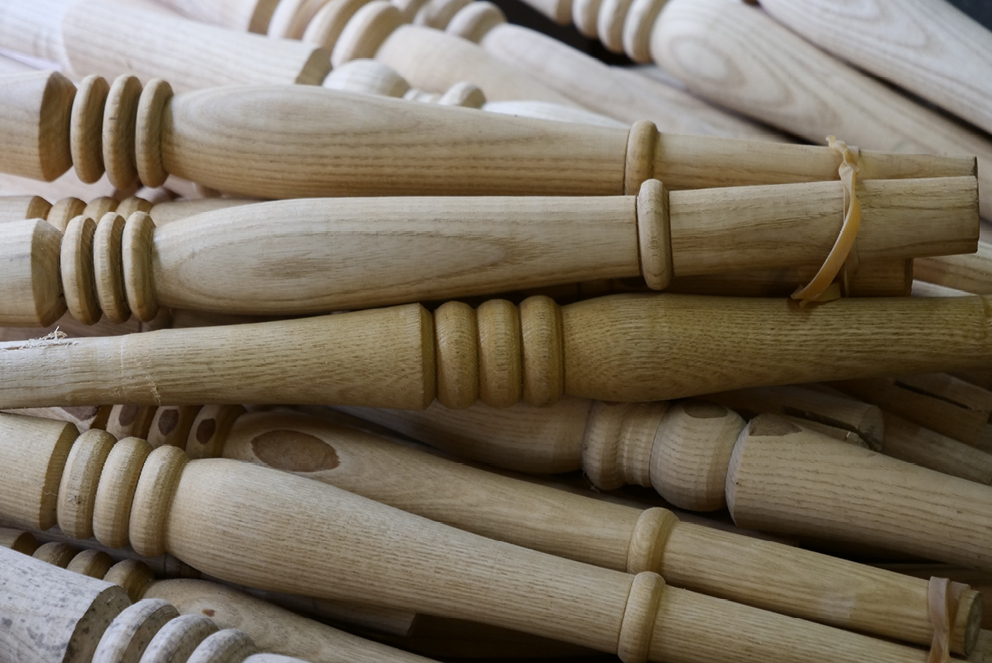